Two successful Amret clients share their success stories on how they transform from being a traditional farmer into a leading agripreneur in their communities. Their stories showcase a powerful example of how women can take on a greater role in their family businesses and to nurture the future of their communities. 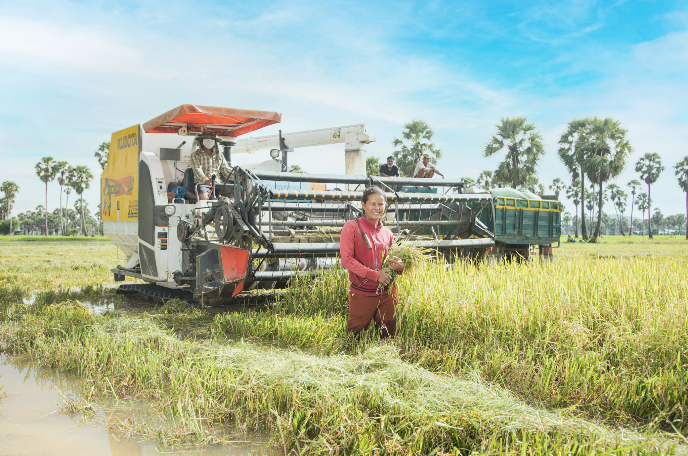 Q1: As an agripreneur, tell us more about what you do.

Mrs. Lor Pheak: I currently run an agri-business based in Cheung Prey District, Kampong Cham, with a focus on providing fully mechanized harvesting services to support local farmers during the peak harvesting season. In addition, I manage 57 hectares of paddy plantations which produce over 400 tons of crops annually, supporting the domestic market.

Q2: Could you give us a short overview of how you became an agripreneur?

Mrs. Lor Pheak: Having grown up in an agrarian family, I wanted to contribute my part to make a real and tangible difference in my community. With this in mind, I started a small agri-business in 2017 with an initial investment in a modern paddy harvester to address labor shortages during the peak harvesting season. This efficient and productive practice quickly gained popularity among local farmers as it reduces the cost of operations and eliminates the risk of quality reduction due to delays in harvesting. 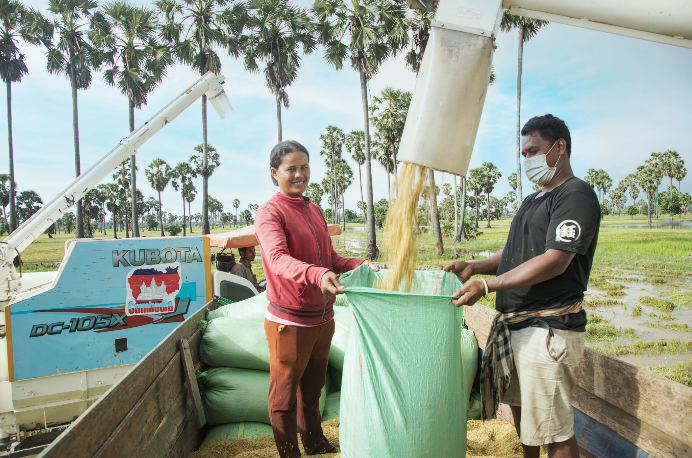 Demand grew at a fast pace as more farmers shifted from traditional practices to the fully mechanized harvesting solution provided by my business. To meet the growing demand, I purchased another paddy harvester and managed to double my capacity to cover over 400 hectares of paddy fields per season. I plan to scale up my business in the near future to fully support smallholder farmers in my community and beyond.

Mechanization in rice production has truly benefited smallholding farmers and has played a vital role in transforming our community. Now local farmers are more willing to invest in larger-scale plantations given the availability of modern agricultural solutions that are reliable, cost-efficient, and time-saving. More importantly, it paves a way for traditional farmers to take on a greater role in society by assisting their transition to become agripreneurs. 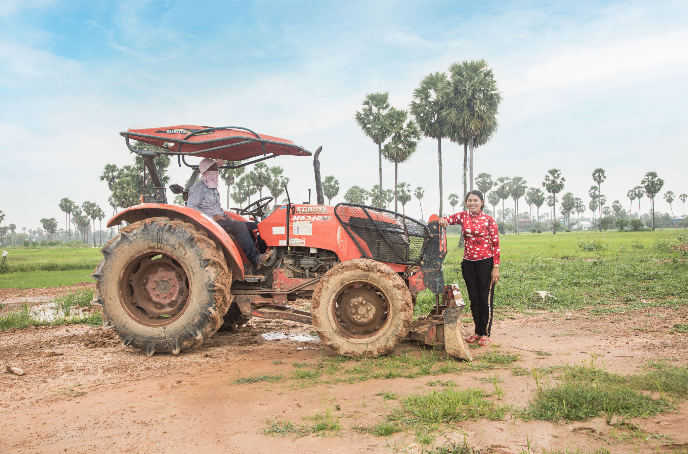 Q1: As an agripreneur, tell us more about what you do.

Mrs. I Sokneat: Apart from a small paddy farm in Cheung Prey District, I manage an agri-business that offers mechanical tillage and soil filling services for smallholder farmers in and around the region.

Q2: Could you give us a short overview of how you became an agripreneur?

Mrs. I Sokneat: Being an entrepreneur means being creative and having the drive to take advantage of opportunities when they present themselves. At the start, I only owned a one-hectare rice plantation, which provided little income to support my family. Despite the difficulties, I saved just enough to purchase a medium-size tractor and seized the opportunity to start a mechanical tillage service in 2018. The business got off to a good start, during which I serviced over 50 hectares of farmland each season, but it slowly declined as competitors emerged. Although the mechanical tillage business might not have been sustainable, it certainly laid the groundwork for my future venture and signaled the start of my success as an entrepreneur. 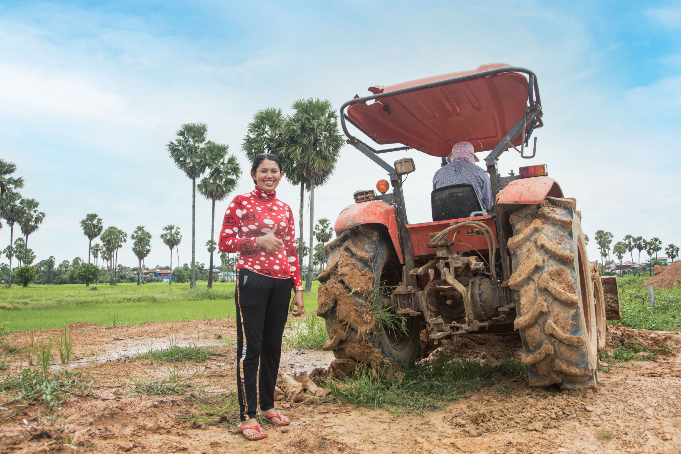 In 2019, I took a business loan from Amret to fund my soil filling business with my initial investment of a medium-sized dump truck. Finding customers was not much of a challenge given the good relationship I had formed with customers from the previous business. It grew faster than I expected, earning me a healthy budget to acquire more equipment. As of now, I own two dump trucks and two tractors along with 10 other dump trucks from private contractors at my disposal. On average, I deliver over 200 cubic meters of soil daily for farmers both in and around my region.

After only three years, I have transformed myself from a traditional farmer into one of the leading agripreneurs in my community. My success would not have been possible without proactiveness, discipline, and decisiveness to take on the opportunity when it presented itself.